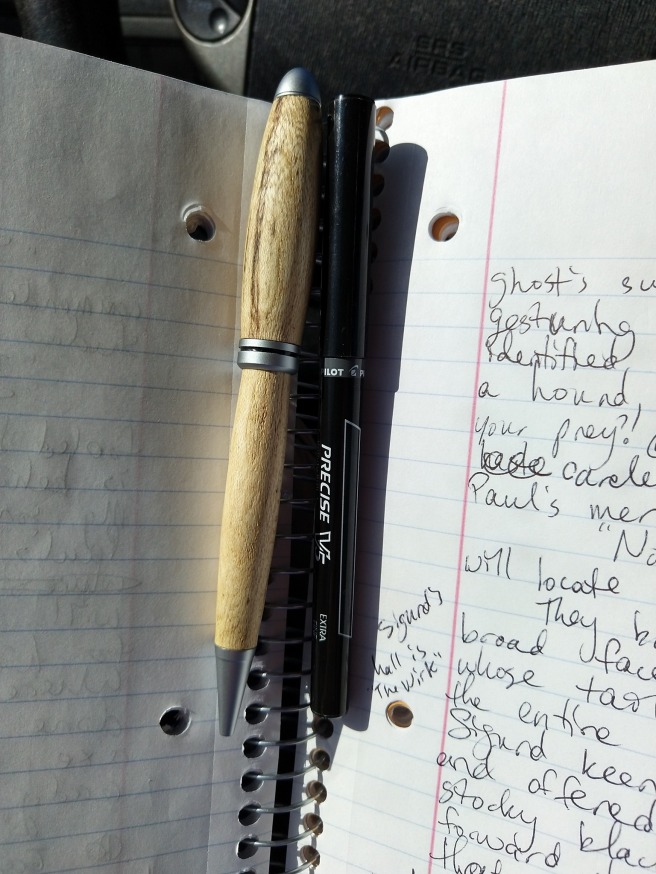 1) You carry an extra pen just in case your current pen mysteriously dies.
2) You have a favorite pen and, let’s be honest, your other pens know which that is.
3) You’ve read the word “pen” too many times at this point and are wondering if it’s actually a real word.
4) You never ever lend your pens when someone asks for one, even if you currently have it in your hand and when they ask “do you have a pen I can borrow” you look them right in the eye and say “no.”
5) When you come across a nice pen in the wild (store, bank, etc) you steal it without the slightest bit of shame.
6) You own a Really Nice Pen that you intend to never ever write with, on account of how nice it is and you don’t want to spoil that by using it.
7) You’ve written with a quill just to see what it was like.
8) You’ve written with a fountain pen just to see what it was like.
9) You’ve been driven into a mad panic because you briefly misplaced your favorite pen and you’ll never write again despite the 15 extra pens you have waiting in reserve – and it’s fine because it was behind your ear or under your leg in the couch/chair the whole time, thank the Muse.
10) You’ve thrown away a pen with plenty of ink in it still because the little clip thing broke and who really has time for that in their lives.

Okay, so I’m moving sometime this year, which means anything I grow this season has to be in pots that I can move with me. Hence the wee Japanese maples in the previous post.

And today….I maybe jumped the gun a little but whatever! Today we’re starting potatoes!

These are the fingerling variety, which we like for baking and for using whole in stews. A friend of mine on Facebook asked if these are yams, and here is my response to her:

“Nope! Yams would generally have a golden interior as opposed to the pale yellow. Also you don’t start yams like this…..yams you put the whole potato in a thing with drainage, and fill that with soil so that half of the potato is covered. “Slips” or tendrils will sprout and you twist these off and plant them, and that’ll get you yams. With the non-yam variety, you cut them like this and let them dry a little to “heal” the wound so they don’t just rot. Then you shove ’em in some soil, and they do their stuff more like seeds.”

And now you too know the difference between starting yams for production and starting non-yams. (Yams in this case also refers to sweet potatoes, which is what she meant.)